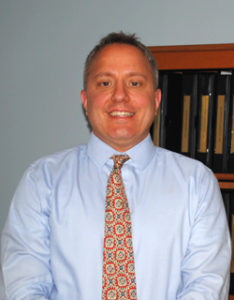 Born in Philadelphia in 1969, Chris has been a Doylestown resident since 1970.  Chris, his wife, Michele, and their five children, are all active members of their community. Chris and Michele are proud supporters of their children’s educational and extra-curricular interests.  Chris has coached Lenape Valley football, Doylestown Athletic Association baseball and Central Bucks Athletic Association basketball since 2005. Chris is currently a member of the Board of Directors for CBAA Basketball.

Chris earned his law degree from the Villanova University School of Law in 1997.  He earned his B.S. from Temple University in 1993.

Chris co-founded Mazullo & Murphy, PC with Kevin Murphy in 2003.  Chris and Kevin both graduated from Archbishop Wood High School and also attended the Villanova University School of Law together.

Chris' primary areas of practice are Business Counseling, Real Estate/Title Services/Zoning, and Estate Administration. Chris can be contacted at (215) 348-8484 or via email at cmazullo@mazullomurphy.com